Cheltenham is the home to one of the most anticipated horse racing events: the Cheltenham Festival. The prize for the lucky jockey and horse owner is second only to the Grand National – £4.5 million. Every March, horse lovers and race enthusiasts either attend the event or tune in to follow the exploits of their favorite champions and descendants of the finest horses in the world. Let’s see what’s in store for 2020.

Many times, the Festival coincided with St Paddy’s Day, though this will not be the case in 2020. The races will run between the 10th and the 13th of March. There have also been numerous changes that will be put into effect at this Festival. First of all, the National Hunt Chase has undergone quite a makeover. There will be fewer fences to jump over: 23 as opposed to 25.

The eligibility of horses was changed. Though this is still a race for novices, the horses that can enter this steeplechase have to attain a rating of at least 120 to be able to participate in the event. This is not likely to cause anyone any concern, as all horses that were racing in 2019 had fulfilled this condition. 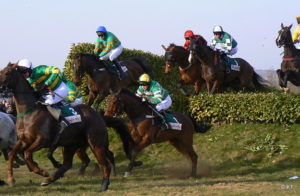 Apart from that, they also have to have at least two steeplechases under their belt, with one being in the current season. It’s not just the horses, mind you. The jockeys also have to fulfill certain criteria before competing. The riders have to have 20 races on the track completed, in addition to having five winners before they can join the fun. Unlike the new requirements for the horses, there will be a few raised voices among the jockeys, seeing as how there are a few who would have not competed in 2019, had this been in effect. 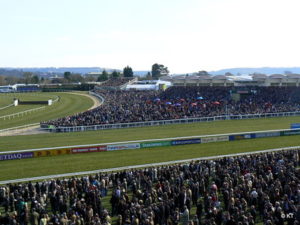 The tickets will be available to the general public on December 2nd. You can buy tickets for individual events like the International or the Race Night. The Jockey Club offers the horse lovers the option of buying the tickets to the event via their RaceOn app for the sake of convenience. You can still purchase tickets on the site on the day of the event.

17-year-olds and those younger can normally enter the racecourse at no charge, with the exception of the Festival. They also have to have their ID ready if they look older. 5-year-olds and younger children can attend the Festival for free. It goes without saying that all children have to be accompanied by adults.

There are a few horses to keep an eye out for in 2020. Al Boum Photo has been getting a lot of attention lately, as the winner of the 2019 Gold Cup. That being said, Kemboy is likely to give the horse a run for its money, as is Topofthegame. Some have high hopes for Min and Defi De Seuil for the Ryanair Chase. Min will also take on Altior in the Champion Chase. However, most people agree that Benie Des Dieux is the strong contender for the Mares Hurdle.