Mo Don’t No was named The 2016 Ohio Horse of the Year at the Ohio Thoroughbred Breeders and Owners dinner last Saturday in Galloway, Ohio. 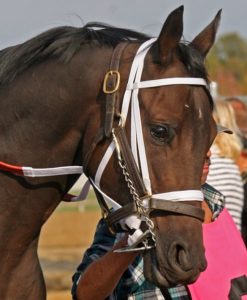 The three-year-old champion earned this title due to his extremely successful performances of last year. He produced the amazing number of eight victories and four stakes win at distances ranging from six furlongs to 1 1/4 miles. But this isn’t all. The son of Uncle Mo was voted the Ohio’s champion 3-year-old and champion handicap horse.

In a campaign that developed between May and November 2016 Mo Don’t No earned $40k and the Cleveland Gold Cup at 1 1/8 miles, the Governor’s Buckeye Cup and Best of Ohio Endurance at 1 1/4 miles. He also won the Steel Valley Sprint. The owner of Mo Don’t No was named the Ohio owner of the year. Mo Don’t No is trained by Jeff Radosevich and owned by the Looch Racing Stables of Ron Paolucci.

Other important awards of the event were choosing the former Canadian Champion Mobil as stallion of the year. Rivers Run Deep, the only Ohio-bred which finished in front of Mo Dont No at Thistledown for the third year in a row, was named champion sprinter. Someday Soon was voted champion 2-year-old filly. Mobil Sky was named champion 3-year-old colt. Ohio Gold was propelled to champion honours as 3-year-old filly. Justalittlesmoke was voted champion handicap mare for winning from  Rivers Run Deep in the Best of Ohio Sprint.

Anna Ford was awarded the Thoroughbred Charities of America and Dr. Paul Gutheil who stepped down as president of the Ohio Thoroughbred Breeders and Owners after 40 years of service was awarded OTBO Award of Merit from Tom McCann, the new president.