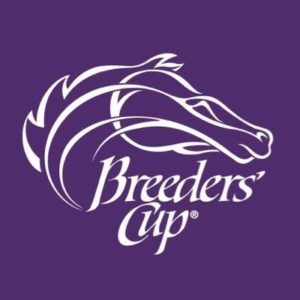 This year’s winner is Champagne Room, Kentucky-bred daughter of Broken Vow. She was ridden by Mario Gutierrez and trained by Peter Eurton, and covered the mile and a sixteenth on a fast track in 1:45.12. She made her trainer victorious for the first time in Breeders’ Cup, and brought a second success for Gutierrez, the winner of last year’s Juvenile on Nyquist.

The winner is Queen’s Trust, daughter of Dansili, 3 years old. She covered the mile and a fourth in 1:57.75, setting a new record in Breeders’ Cup. 1:58.73 was the record established in 2013 by Dank. She was ridden by Frankie Dettori who earned his second victory in the Filly & Mare Turf, and trained by Sir Michael Stoute.

The champion of the Filly & Mare Sprint this year is Finest City, trained by Ian Kruljac and ridden by Mike Smith. Finest City fought to cover the main track in 1:22.37, and earned the second victory for Smith in the Sprint.

Ridden by Flavien Prat and trained by Phil D’Amato, Obviously conquered the title this year, with an amazing super fast turf course in 1:11.33. Obviously made D’Amato and Prat victorious for the first time in the Breeders’ Cup.

Classic Empire won the Sentient jet Juvenile this year, followed by two competitors destined by their names to stay away from the title: Not This Time and Practical Joke. Congrats to Classic Empire who covered the mile in 1:42.60.

Tourist broke the Breeders’ Cup record of 1:31.78 set by Wise Dan at Santa Anita in 2013, with his firm turf course of 1:31.71. Son of Breeders’ Cup Classic winner Tiznow, Tourist, 5 years old now, was ridden by Joel Rosario and trained by Bill Mott.

Drefong, son of Gio Ponti, is this year champion of five consecutive races. He covered the six furlongs on a fast track in 1:08.79. Drefong was followed by Masochistic and Mind Your Biscuits, and was trained by Bob Baffert.

Highland Reel won the competition this year, covering the mile and a half on a firm turf course in 2:23.00. Highland Reel was ridden by Seamus Heffernan and trained by Aidan O’Brien.

An incredible success for Arrogate, this year’s champ in the classics, and winner for a consecutive fifth time. Took over California Chrome’s domination of the track in the last couple of seconds. Arrogate was ridden by Mike Smith and trained by Bob Baffert, and successfully covered the mile and a quarter in in 2:00.11.